Feb 24, 2011 Article Written and published in the Anchorage Press~

Posted: Thursday, February 24, 2011 12:00 am
By Laura Chartier
Most local musicians will tell you that Anchorage has a surprisingly large and diverse music community—and one that is supportive of new musicians. And for such a far-flung city, Anchorage also attracts a fair number of Outside acts. Not many groups could claim to both build local talent and bring in Outside artists to collaborate, but Anchorage’s Third Wheel Project is designed to do just that.
This week, Third Wheel Project—a cross between a regular band and a music workshop—is hosting a member from Outside, Joel Kachel, at several shows. “Third Wheel Project is a band and a group that I started to help grow musicians,” says Chris Snyder, the group’s creator. According to the group’s website (www.thirdwheelproject.com), Third Wheel Project is “a band of musicians with the same common goal… to get people to smile and tap their foot in beat with our feel good music.”

On the musician development side of things, Snyder records all of Third Wheel’s live shows to help artists work on recording and songwriting. “We end up collaborating a lot,” he says. “I play a lot of piano and guitar and ukulele, and I really enjoy engineering sound, so it’s fun for me to help produce music. And by doing this I’ve been able to form a band of core members that I feel are pretty good.”
One of those core members is Kachel, a singer/songwriter based in Minnesota. Third Wheel Project first invited Kachel to Alaska in October 2010. During that trip, the group played “12 out of 14 days” he was here, says Kachel. Third Wheel also played at the Whittier Fall Barbeque, with a range of musicians sharing a stage, instruments, and songs. The type of music Third Wheel plays varies widely. “We play a lot based on the audience,” says Synder. “It could be acoustic jazz, other times it will sound more like Sublime, or Ben Folds Five, a kind of upbeat full band sound. Basically I would rather have someone say, ‘Hey, turn it up,’ than ‘Hey, turn it down.’”
Kachel agrees: “It’s not overplaying your space,” he says.
Kachel is focusing on recording during this trip, though the group will also be performing at a few shows. At home in Minnesota, Kachel runs a landscaping business in the summer, so winter, he says, is his primary time to tour. After his last trip to Alaska, he was inspired to keep traveling, and took a road trip to Nashville to perform and network with other musicians.
Sharing inspiration and material is a main focus of the Third Wheel Project. “Everybody that’s a part of the group is able to bring their music to the group,” explains Snyder, “and everybody will learn their music.” That culture encourages artists like Kachel who focus largely on original music. The name Third Wheel, says Kachel, refers to how musicians might feel when entering a new group, something that this project aims to alleviate. Both Snyder and Kachel are self-taught musicians, so they can relate to newcomers to the music scene. “I’d sit at home in front of the piano when I was a kid and just learn it [by ear],” recalls Snyder. As for Kachel, “Every time I record I say hey, if we’re not having fun we need to switch it up,” he says. “And I think that’s important. That’s what music is all about, people can see your excitement and your enthusiasm when you perform.”
As for future plans, Third Wheel will be bringing a group from Hawaii, called Lights Out Project, to Anchorage in the near future. Snyder and Kachel have other ideas, too, about reaching out to communities using music, such as bringing recording equipment to villages to run songwriting workshops. Synder once traveled extensively with Up With People, an international education and music performance program, and he brings a global perspective to Third Wheel’s work. He recently agreed to help write the score for a documentary about indigenous tribes in Guatemala, which focuses on themes of interest to Third Wheel, too. “The ability to record music can really inspire a lot in a kid,” he says. 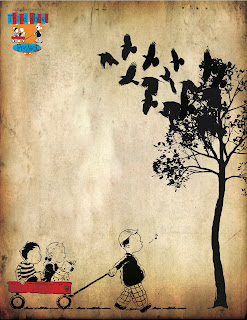