A few weeks back Nici and I had a show at the oldest bar in Minnesota known as Neumann's. We had a great show as the audience was super involved and our host, Joey Gagliardi was killing it on the Harmonica. That is when we met Mike. A quiet sort, slinging brews and making burgers with the rhythmic head bob that so many musicians subconsciously do. Well, it turns out that Mike is TheMan on the drums. He's got a great style with so many varieties of rhythm. You can find him playing with a number of acts as described in his bio below. You can also find him out at Pub 112 on Thursday nights providing the sweet beat to Firefly's Acoustic Showcase. Needless to say, he is an amazing individual and we welcome him with open arms to the Third Wheel Project! 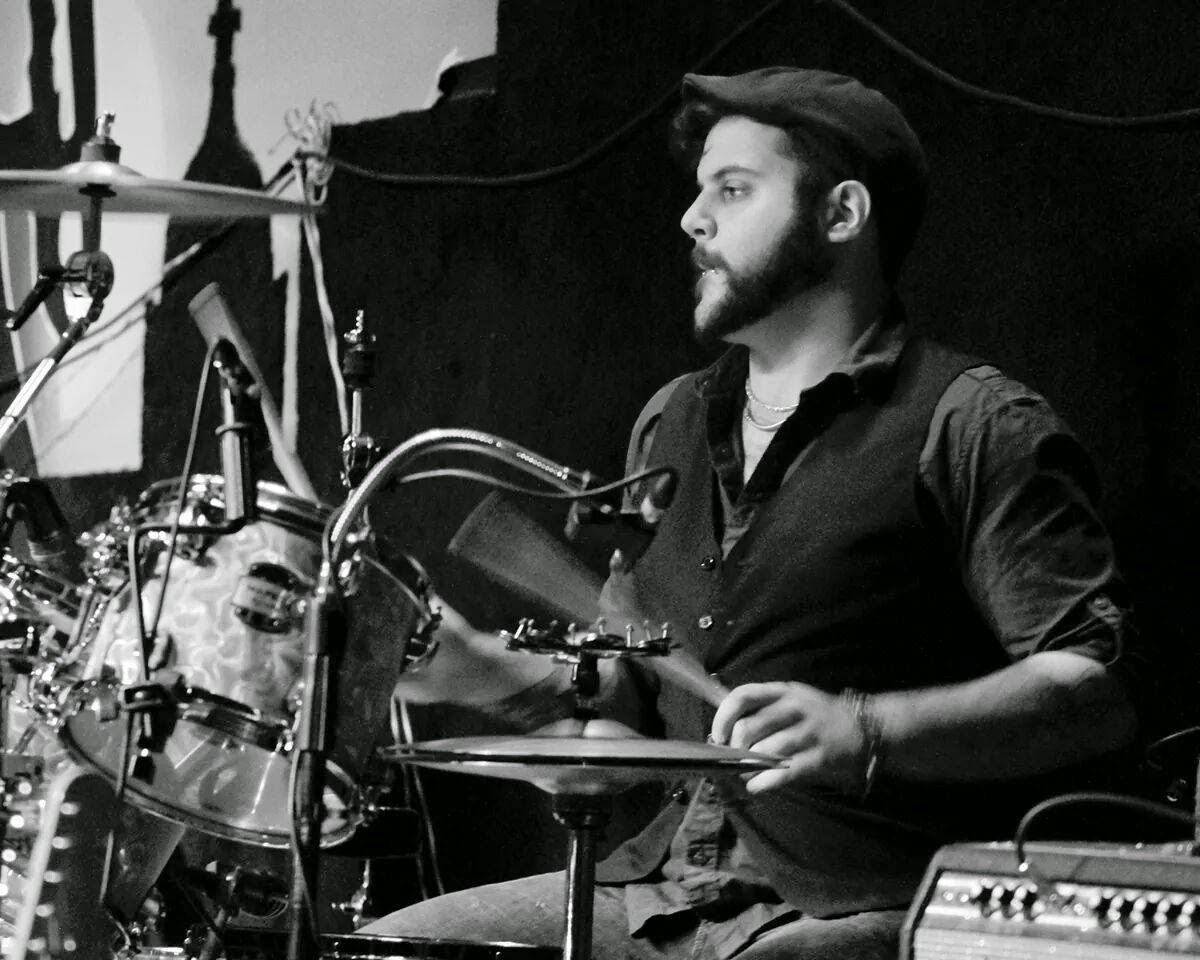 "When I was 10 years old I discovered my dad's drum set yet we were not allowed to play it... that did not stop me. After years of pain for practice, I started playing in punk bands; loud fast mean sounding music I love the motion its intensity it's no prisoners attitude. I found a few like-minded musicians and formed OFP. We were asked to join the gasoline music group along with bands like Vaudeville in Phoenix philosophy. We started gigging, building crowds, and breaking noise ordinances all around. I was hooked shortly after disbanding. I found blue is this was it the same intensity of emotion that I had fell for originally but this had class it had style it was polished like like a manicured inferno. Once again I was hooked, assert, exposing myself to all the Blues I could find: Coco Montoya Elijah Adam Mike Valles Quez and many many more. I would eventually find myself in Elijah's band. Finally a kick ass blues band since parting ways with that group I found so many talented musicians who are also awesome people Harrison Street pick me up and we were instantly compatible. Through them I met Nici and Chris and the Third Wheel Project, what chemistry! Once again I have pulled someone into thinking I can play drums. Anyway... I am so thrilled and thoroughly blessed to play with such awesome musicians and I'm not done yet! Gotta keep going! Challenge yourself and I'll keep time."
~Mike the man Myers